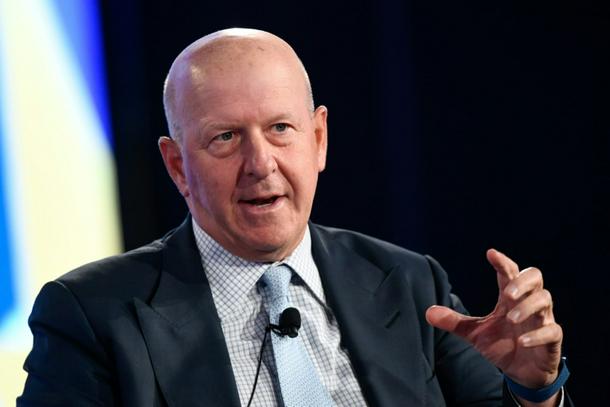 The big investment bank pointed to a “significant decline” in completed mergers and acquisitions as fewer big companies bought rivals and the number of initial public offerings fell sharply compared with recent years.

Goldman’s profit drop comes on the heels of a trove of mixed results last week from other financial giants, with some large banks pointing to a “mild recession” as a likely scenario.

The results were also marred by nearly $1 billion in provisions set aside for Goldman’s consumer-oriented credit card business and the growing GreenSky home-improvement loan business.

Shortly after midday, shares of Goldman were down 7.5 percent at $346.00, weighing on the Dow index.

Chief Executive David Solomon acknowledged that the results were “disappointing,” but emphasized that the company had achieved double-digit returns for all of 2022.

Executives highlighted a plan to scale back Goldman’s ambitious consumer banking operation and noted that results would be helped in 2023 by lower expenses after cutting 3,200 jobs earlier this month.

Investment banking fees were down 48 percent during the fourth quarter, a hit that was offset by a 44 percent jump in revenues tied to trading in fixed income, commodities and currencies.

Solomon alluded to a cloudy outlook in 2023.

“There were headwinds we expected, like high inflation, but some we never thought we’d see like the ongoing war in Ukraine,” Solomon told analysts on a conference call.

“There aren’t many signs of widespread distress, balance sheets and company fundamentals are relatively healthy,” he said.

But he added that it is “clear that the outlook for 2023 remains uncertain.”

Solomon said the dramatic drop in merger-related revenues reflected an exceptional level of activity in late 2020 and 2021 due to heavy fiscal stimulus that was “not normal.”

That climate “pulled a lot of activity forward,” he said. “And then because of market disruption, we’ve tightened monetary conditions meaningfully in 2022.”

In October, Goldman announced it was streamlining its company to three operating segments from four, a move that reorganizes its “Marcus” consumer business which had hit obstacles.

But as those operations ramp up, Goldman is setting aside provisions, said Chief Financial Officer Denis Coleman.

“Our focus remains singularly on driving towards profitability of this segment, but there will continue to be a period of time during which we lose money,” Coleman said.