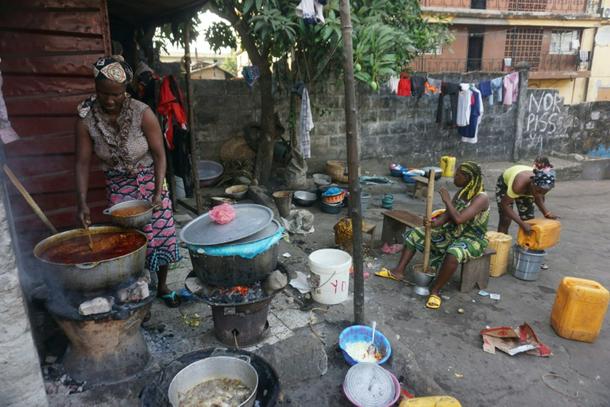 Sierra Leone's 'cookeries' are more than snack stalls -- for many people, they provide the only affordable meal of the day

Freetown (AFP) - Jariatu Kargbo hauls a wooden spoon longer than her arm through a vat of rice as customers patiently wait their turn to buy lunch on the side of a busy road.

The 38-year-old widow runs a stall called a “cookery” – the cheapest option for many Sierra Leoneans to grab what is often their only meal of the day.

Cookeries in this impoverished West African state are a crucial part of the economy as well as a social safety net.

But the cherished institution is under pressure from a brutal exernal force: inflation.

“Prices for major food items – rice, cooking oil, onion, sugar and flour – have quadrupled,” Kargbo told AFP, as the smell of boiled beans wafted over from behind her. 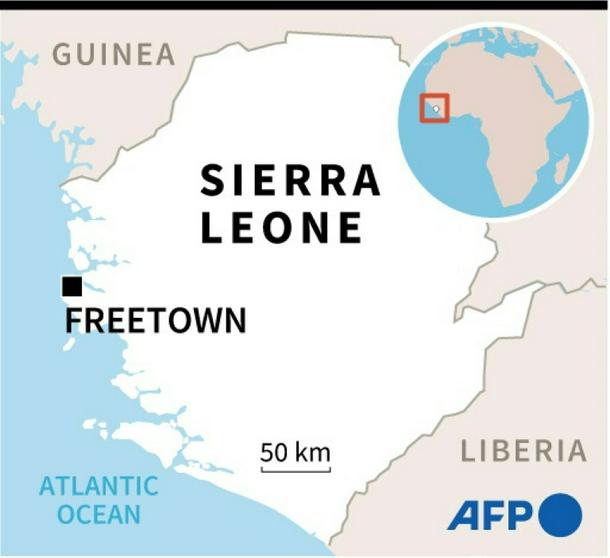 Cookeries in Freetown, the capital, sell rice and stew at a fraction of what they would cost in a restaurant.

“These predominantly women are kind of the backbone of the city in terms of keeping it fed, because a lot of people… don’t have the facilities to cook at home”, said Jamie Hitchen, a researcher.

But the densely-populated metropolis does not have any urban agriculture, so food is trucked in from the countryside or imported from abroad.

Ever since the Covid pandemic and war in Ukraine sent global inflation soaring, that has become painfully expensive.

As of November, the latest month on record, inflation had risen 35 percent year-over-year in Sierra Leone.

Sierra Leone in July slashed three zeros off its currency hoping to restore confidence in the inflation-hit leone. Many, including Kargbo, still quote prices in the former denomination.

In August, riots broke out over the rising cost of living in the Shell Old Road Junction neighbourhood where Kargbo lives and works. 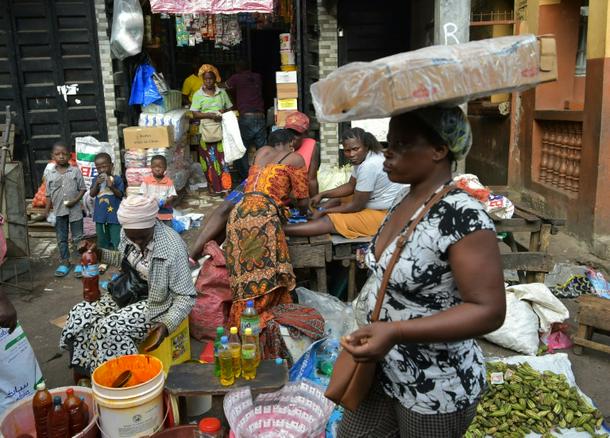 Street food: A market in Freetown

“My family depends on the cookery to eat for dinner during the week – we only cook at home on weekends due to rising cost of living”, said Francis Koroma, a teacher who was holding two plastic bowls to fill for his family of five.

Often, cookery meals are more affordable than buying products from the market. But the stalls have had to increase prices.

Market vendors, too, are not turning as much profit.

“We have slow sales”, said Haja Marie Bob-Kandeh, head of the Sierra Leone Market Women Association. “People are now prioritising what they should (spend) for the day because of inflation.”

She said vendors were worried about the cost of fresh vegetables, which have a short shelf life, and instead focussed on selling ingredients for basic meals, such as rice with sauce.

At a large cookery in the more affluent Hill Cot Road area, Fatmata Bangura, 48, sits on a low wooden bench and cuts up “cow kanda” – cow skin – while her daughter, Isata Dumbuya, and four employees stir onions, plantain, cabbage and beans in large metal pots over wood and coal fires.

They have been awake since 3:30 am, when Dumbuya, 32, sets out each day for the market.

By 6:00 am she is at the roadside shop and beginning to cook the day’s meals: cassava leaf, beans or “tola” stew for breakfast, often “crain crain” – a local dish made with okra -– for lunch.

Their business is stable, but their bottom line has nonetheless taken a hit.

But there is a limit to how much of the cost increase can be passed on to customers, say stall holders.

Sitting on a picnic bench outside Dumbuya’s shop, Hassan Mohamed Vamboi, a 29-year-old motorcycle driver, digs into a plate of green, leafy stew. He eats here at least once a day. 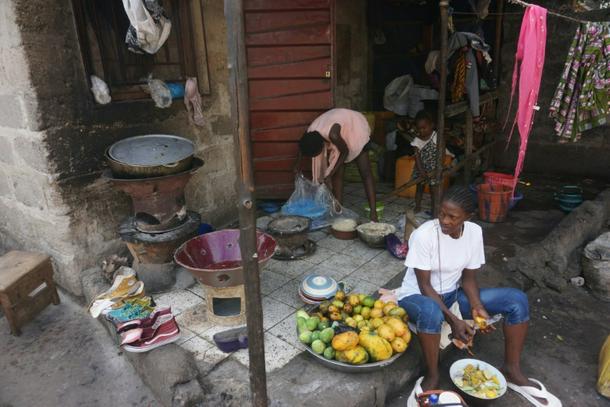 Vamboi has been feeling the pinch of rising fuel prices and has had to extend his workdays from 12 to 16 hours to get by.

“It’s very challenging in the country presently”, he said.

He has also moved his wife and two children to his village to save money.

“If people come to my shop and eat my food and say, ‘Oh you know how to cook’, it inspires me,” she said. “So every day I do the same thing, for people to come and eat.”