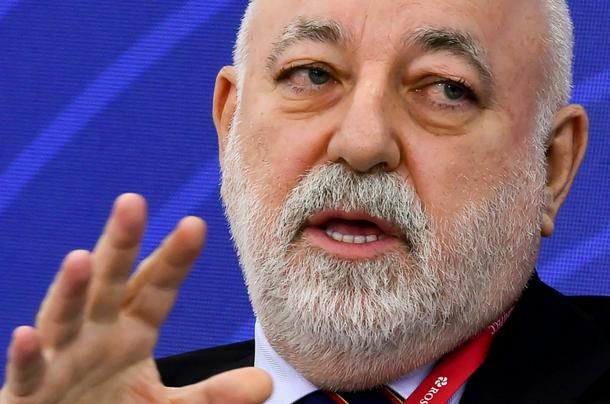 The US Justice Department charged Vladislav Osipov, 51, a dual Russian and Swiss national, and British citizen Richard Masters, 52, with sanctions evasion and money laundering related to their operating the 255-foot (78 meter) luxury yacht Tango after Vekselberg was hit with sanctions.

Masters was arrested in Spain Friday on a US extradition request while Osipov is at large, the Justice Department said.

It said that after billionaire Vekselberg, the head of conglomerate Renova Group and a close associate of Russian president Vladimir Putin, was sanctioned in 2018, the two men used shell companies to hide Vekselberg’s continued ownership and use of the yacht.

US sanctions generally forbid US companies and companies like banks with US arms from doing business with a sanctioned entity.

“Osipov and Masters advised and enabled Tango employees to continue to do business with numerous US companies, using various workarounds to avoid sanctions, such as payments in other currencies and through third parties,” the department said.

The Tango was seized in April 2022 in Spain. It is one of several luxury yachts owned by Russian tycoons that the United States has had seized to enforce sanctions, both before and after Russia’s invasion of Ukraine.