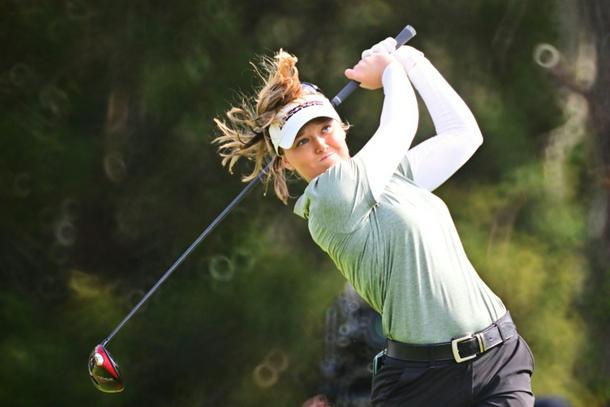 Miami (AFP) - Brooke Henderson fired a two-under-par 70 to clinch a wire-to-wire four-shot victory at the LPGA Tour’s season-opening Tournament of Champions in Florida on Sunday.

The 25-year-old Canadian, who entered the final round with a commanding three-shot lead, maintained her composure to seal the 13th LPGA victory of her career in convincing style.

Henderson fired two birdies and a bogey to reach the turn at one under, 15 under overall, and then rolled in a 10-foot birdie putt on the par-five 15th to take a four-shot lead at 16 under.

“It’s just been an incredible week and a great way to start the new year,” Henderson said after the win.

“I always try to win a couple of times each year, so to get to one right away, right out of the gate, takes a little bit of the pressure off.

Sweden’s Maja Stark finished tied for second place after a roller coaster final-round 69 which included three bogeys in her opening seven holes before a late birdie blitz vaulted her up the leaderboard.

After a birdie at the ninth, the 23-year-old rattled in five birdies down the stretch to finish at 12 under for the tournament.

Hull’s round included five birdies, an eagle, a double-bogey and two bogeys as her bid to chase down Henderson fell short.

Nelly Korda, who started the day in second place alongside Nasa Hataoka three off the pace, was unable to mount a final round charge, posting a level-par 72 in a round with three pars and three bogeys.

Korda finished fourth on 11 under while Japan’s Hataoka was forced to settle for fifth place after a two-over-par 74 left her on nine under.