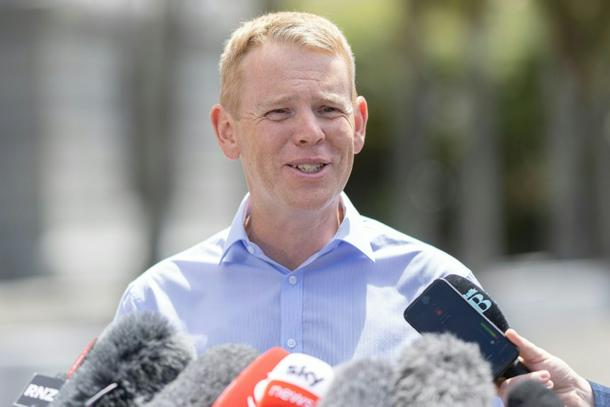 The 44-year-old red-headed politician emerged as the sole nominee to lead the ruling Labour Party in a meeting of fellow members of parliament, and now faces what is seen as the mere formality of a confirmation by his colleagues on Sunday.

As leader of the party, he will take over as the country’s 41st prime minister following Ardern’s shock resignation on Thursday. Ardern said she would step down by February 7 but could do so earlier given that her successor was chosen in barely 48 hours.

“I like to think I am pretty decisive and I can get things done,” said Hipkins, who became a household name for leading the nation’s Covid-19 crackdown for nearly two years.

With his party lagging in the opinion polls under criticism over rising prices, poverty and crime rates, reporters gathered outside parliament in Wellington asked if he can win general elections to be held on October 14.

Ardern, a global figurehead for progressive politics, stunned New Zealand by announcing her abrupt exit from office, less than three years after securing a second term in a landslide election win.

The 42-year-old – who steered the country through natural disasters, the Covid pandemic, and its worst-ever terror attack – said she no longer had “enough in the tank”.

Ardern said her decision to step down was “tinged with sadness” but after having made the announcement she had “slept well for the first time in a long time”.

Political commentators have lined up to condemn the social media abuse that was increasingly directed at Ardern before her resignation.

Hipkins praised Ardern as “the leader we needed at the time that we needed it”, but agreed that she had been on the receiving end of “absolutely intolerable vitriol”. 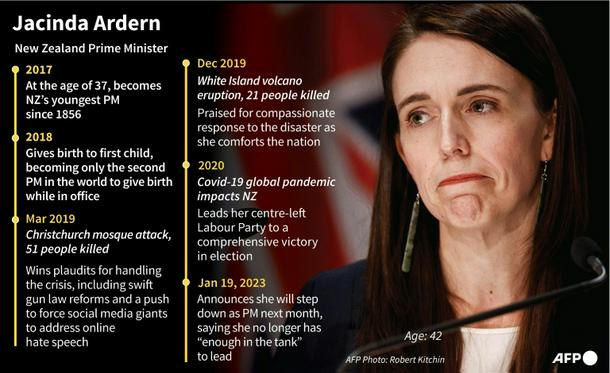 Ardern’s successor is widely seen as a safe pair of hands with more than 14 years in parliament.

Hipkins told reporters he was feeling “energised and enthusiastic” about the new job.

“It’s a big day for a boy from the Hutt,” he said, referring to the Hutt Valley region near Wellington.

“My parents came from relatively humble beginnings and worked really hard to provide a good life for my brother and I,” Hipkins added, vowing to give New Zealanders the opportunities to improve their lives.

He declined to give policy or ministerial plans beyond saying that he did plan to keep Finance Minister Grant Robertson in place.

Opposition leader Chris Luxon of the centre-right National Party congratulated Hipkins but said: “The reality is that he’s been a critical part of a government that has failed to get anything done.”

“Just changing the leadership of the Labour Party doesn’t do enough for the New Zealand people.”

Allan praised Hipkins as decisive and said she believed he would be “an incredibly strong prime minister”.

Hipkins won plaudits for his near two-year term as the Covid response minister in a country that shut down its borders to keep the coronavirus out, only fully reopening in August last year.

He conceded last year that people were fed up with the strict pandemic restrictions, describing the border closures as “tough going”.

Hipkins told reporters Saturday that he likes cycling, gardening, DIY and being outdoors but conceded: “Maybe I don’t have the best fashion sense in parliament.”

Asked about whether being a red-haired prime minister would be a historic moment, he said: “I think it was about time we had a ginger at the top.”