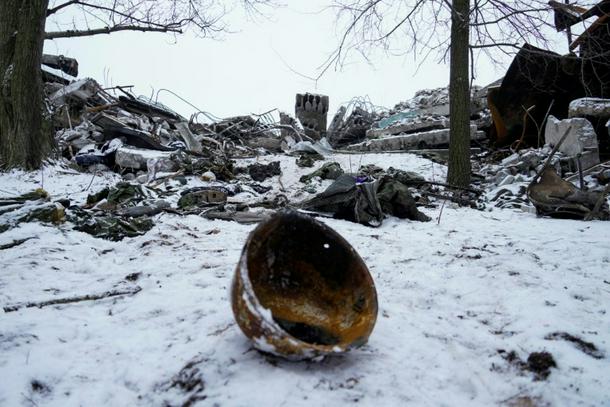 Oslo (AFP) - Russia has suffered 180,000 killed or wounded in Ukraine so far, while the figure for the Ukrainians is 100,000 military casualties and 30,000 dead civilians, according to estimates released Sunday by Norway’s army chief.

“Russian losses are beginning to approach around 180,000 dead or wounded soldiers,” Norwegian Chief of Defence Eirik Kristoffersen said in an interview with TV2, without specifying how the numbers were calculated.

Norway, a country bordering Russia, has been a member of NATO since its founding in 1949.

“Ukrainian losses are probably over 100,000 dead or wounded. In addition Ukraine has about 30,000 civilians who died in this terrible war,” said the Norwegian general.

Moscow and Kyiv have not provided reliable accounts for their losses for months.

In November, US army joint chiefs of staff chairman Mark Milley said the Russian army had suffered more than 100,000 dead or wounded, with a “probably” similar toll on the Ukrainian side.

These figures cannot be independently verified.

Despite heavy losses “Russia is able to continue (this war) for quite a long time,” Kristoffersen said on Sunday, citing Moscow’s mobilisation and arms production capacities.

“What worries most is whether Ukraine is going to be able to keep the Russian air force out of the war,” he said, adding that they have been able to so far “thanks to Ukrainian anti-aircraft defences”.

The bulk of Russian strikes in recent months have been carried out by long-range missiles.

The Norwegian general also called for the rapid delivery of combat tanks to Ukraine, which has so far been held up mainly by Germany.

“If they’re going to go on the offensive in the winter, they (Ukrainians) need it fast,” Kristoffersen added.

Despite urgent appeals from Ukraine and several European countries, Berlin refused on Friday to supply its Leopard tanks to Kyiv.

These heavy tanks are present in the ranks of several other European nations, including Norway, but their delivery to Ukraine is in theory subject to the German green light.